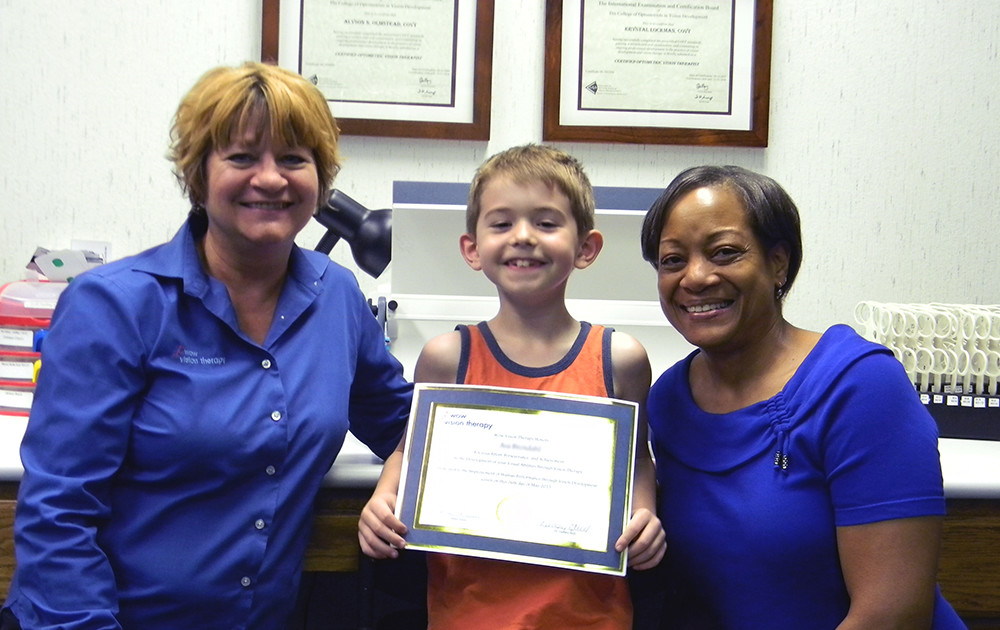 At what I thought would be a routine annual eye exam, Asa was diagnosed with Convergence Insufficiency. His optometrist explained that not all doctors screened for this in a routine exam, but she knew the importance of doing so and the ramifications when it goes undiagnosed and therefore untreated. It wasn’t until she was in optometry school that she realized she had Convergence Insufficiency and went through some vision therapy herself. She shared some of the things she had struggled with in school and I could see that Asa would encounter more and more challenges himself.

Since he was diagnosed at the beginning of first grade, we were able to implement therapy before he had significant problems. Now that Asa has completed therapy, he no longer fears riding his bike. At school, he is able to complete his daily work because he can focus his attention and stay on task. He enjoys playing frisbee and will play catch with a small ball (activities he had previously avoided). Most importantly, he has developed a love for reading. His reading ability and comprehension has dramatically improved!